The 3-Phase Concept for my baby & me!

We accompany you from the desire to have children through pregnancy to the end of breastfeeding.

More about our 3-Phase Concept

The 3-Phase Concept for my baby & me!

We accompany you from the desire to have children through pregnancy to the end of breastfeeding.

More about our 3-Phase Concept

Hoping for baby luck? – These signs point to a pregnancy! 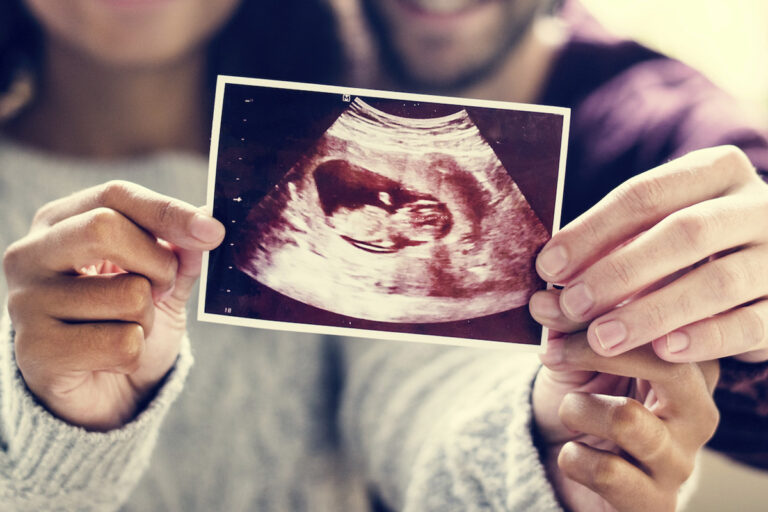 Women who want to have children often feel at a very early age that they may be pregnant. The first signs occur more frequently in the first trimester, i.e. early pregnancy. In addition to known signals such as food cravings or the absence of menstrual bleeding, there are more signs that a small belly-dweller is moving in.

These indications differ from woman to woman. Basically, signs of pregnancy are divided into unsafe, likely, and safe indications.

As soon as a fertilized egg has implanted itself in the uterus, the female body begins to adapt. The so-called implantation pain can manifest itself as a slight pulling in the abdomen between the 7th and 10th day after fertilization and is comparable to the feeling of the beginning period. In many women, a few days before the expected menstrual period, light, light-colored bleeding occurs – the implantation bleeding. This bleeding is triggered by minimal damage to the uterine lining caused by the implantation of the fertilized egg.

At this point in time, pregnant women are mathematically already in the 4th week of pregnancy. The reason for this is that the pregnancy calculation begins on the first day of the last period, although ovulation and conception were only about 2 weeks ago. It is often not possible to precisely determine these, which is why the beginning of the last period was set as a more reliable point of reference.

From the moment of implantation, the body begins to produce the pregnancy hormone hCG (human chorionic gonadotropin), which many women can notice very early on from various signs. Some pregnant women first notice a feeling of tension or pulling in the breasts. Minimal touches are now perceived as very uncomfortable. These feelings of tension are caused by the hormones estrogen and progesterone and usually subside after the first three months.

The hormonal changes during pregnancy also often lead to increased growth of the blood vessels in the area of ​​the gums. This can lead to inflammation of the oral mucosa, which can last until the end of pregnancy.

Morning sickness is probably the best-known sign of early pregnancy and usually occurs between the 6th and 12th week of pregnancy. However, some expectant mothers experience nausea not only in the morning, but also at other times of the day. Even unpleasant smells can quickly cause discomfort.

Unsure signs of pregnancy – in summary:

It should be noted, however, that although all of these symptoms can indicate pregnancy, they do not have to be. Every pregnancy is unique. A pregnancy test can provide more clarity. However, only a visit to the gynecologist can give you absolute certainty. The doctor will be able to use an ultrasound or a blood test to determine whether you are actually pregnant.

Go Back
We use cookies on our website to give you the most relevant experience by remembering your preferences and repeat visits. By clicking “Accept All”, you consent to the use of ALL the cookies. However, you may visit "Cookie Settings" to provide a controlled consent.
Cookie SettingsAccept All
Manage consent

This website uses cookies to improve your experience while you navigate through the website. Out of these, the cookies that are categorized as necessary are stored on your browser as they are essential for the working of basic functionalities of the website. We also use third-party cookies that help us analyze and understand how you use this website. These cookies will be stored in your browser only with your consent. You also have the option to opt-out of these cookies. But opting out of some of these cookies may affect your browsing experience.
Necessary Always Enabled
Necessary cookies are absolutely essential for the website to function properly. This category only includes cookies that ensures basic functionalities and security features of the website. These cookies do not store any personal information.
Non-necessary
Any cookies that may not be particularly necessary for the website to function and is used specifically to collect user personal data via analytics, ads, other embedded contents are termed as non-necessary cookies. It is mandatory to procure user consent prior to running these cookies on your website.
SAVE & ACCEPT